5 Foods You Can Put on Your Face

One of the least talked about the functions of the human body is the skin’s ability to absorb - more specifically its absorption of chemicals present in the water, creams, or make-up we apply to it. In other words, you are not only what you put in your body, but also what you put on it.

Many of you probably know your skin is the largest organ, and due to it’s genius porous design, it is incredibly good at taking in liquids, but not the greatest at discerning which chemicals should be excluded. Hence - it needs your help.

Take showers for example. The skin will absorb as much as 64% of all total chemicals found in drinking water.

You may take pride in your state of the art water filter, because you would never even consider the idea of drinking from the tap. That’s a great lifestyle choice, but do you own a shower filter? Maybe, maybe not - but did you know your face is actually several times more absorptive than your rest of the surfaces of your body. In fact, the absorption rate of underarms and genitalia are a whopping 100%. Gulp. Makes you think about that super convenient anti-perspirant, aluminum bomb your armpits are feasting on every morning, right? Not to mention fragrances. Look, let’s be real though. Nobody’s perfect, and I certainly don’t trust patchouli oil to do the job of my deodorant. But it’s good to know these things so that we can make educated choices on the degree of health extremes we’re willing to entertain. I also breathe in god knows what kind of chemicals every time I walk my dog in NYC, but I’m not about to start wearing a face mask anytime soon. The body is also capable of expelling a lot of these chemicals, but like I talked about in the last blog post, it needs our help. If you missed it, and would like to know a good way to help your body detox, read my last blog on intermittent fasting. But for now, let’s talk about non-toxic, highly nutritious foods that you can not only put in, but also on your body.

This is not to say you can’t splurge on high tech, super researched, cutting edge creams containing krill oil and Amazonian super plants. There are amazing products out there but all of the foods listed below can be found included in their ingredients list!

Take Oatmeal for example. A staple in most people’s morning gruel, but have you ever thought about dipping your face in it? You should. Or better yet, throw some uncooked oats in the blender until it’s ground to a fine powder, add some water - and voila - you’ve just made your very own, home-made moisturizing scrub. You could even add some organic milk, and apply it to a sun-burn for a soothing, cool alternative to the often chemical-laden Aloe Vera cream. As strange as it may sound, if you take a look at the ingredients to most skin products labeled “soothing” or “calming” you’ll actually find oat derivatives - though usually mixed in with a bunch of preservatives and what I call “The Un-pronounce-ables.”

Studies have shown that colloidal oatmeal seems to relieve even, yet incurable, conditions such as eczema. The flavonoids, phenols, (specifically a type of polyphenols called avenanthramides) naturally present in Oatmeal are the active ingredients responsible for its anti-inflammatory properties. Don’t go nuts and start adding peanut butter or chocolate sprinkles, but feel free to get creative and customize with Manuka Honey for an ultra probiotic, super-calming mask. For an added bonus, you could scoop the leftovers into a bowl, sprinkle some Goji berries on top, and eat it for breakfast. (Or give it to your partner and pretend it was purely altruistic.)

Oh, this oil is my favorite oil of all time. I use it for practically everything from cooking to moisturizing. I’ve even put it in my hair for an overnight, leave-in conditioner, or anytime that doesn’t involve public appearances. The low molecular weight of the coconut oil, allows it to penetrate far deeper than artificial oils of regular conditioners, allowing it to be nourished with vitamins, antioxidants, minerals and medium-chain fatty acids. The same goes for the skin and scalp. Coconut oil is also rich in anti-fungal and antibacterial properties - which means it acts like a quasi face wash/shampoo at the same time leaving you feeling rejuvenated, clean, and nourished. Like I mentioned earlier, most affordable skin and hair moisturizers are laden with chemicals, and if they happen to brag about their use of natural oils - it’s often in trace amounts, in processed form, and ten times the price of what’s in your cabinet. Not to go back to mongering, but the chlorine present in our water systems is not only extremely abrasive and dehydrating on our skin, and scalp, but it also degrades proteins in the hair fiber, making it rougher and more prone to damage. So unless you want your hair to look like barnyard hay, and your face and scalp to look like an oversized prune sooner than necessary - slather it on, and give your hair, face, and scalp a lavish overnight vacation at least once a week.

When you wake up, add some sea or himalayan crystal salt to a ¼ teaspoon of oil and use it to scrub away any dirt or dead skin to reveal a fresh glowing skin. 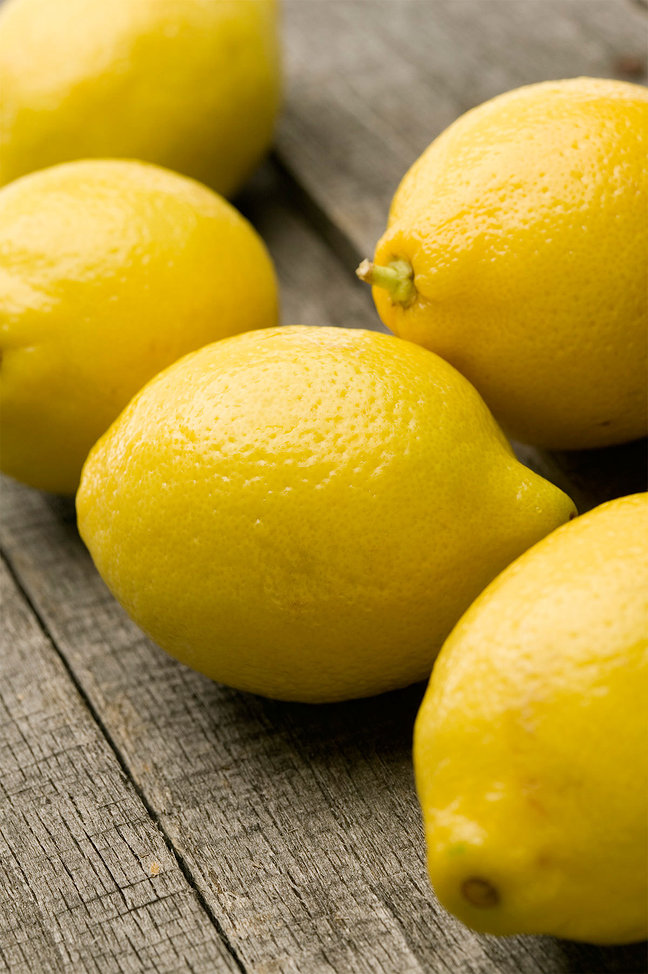 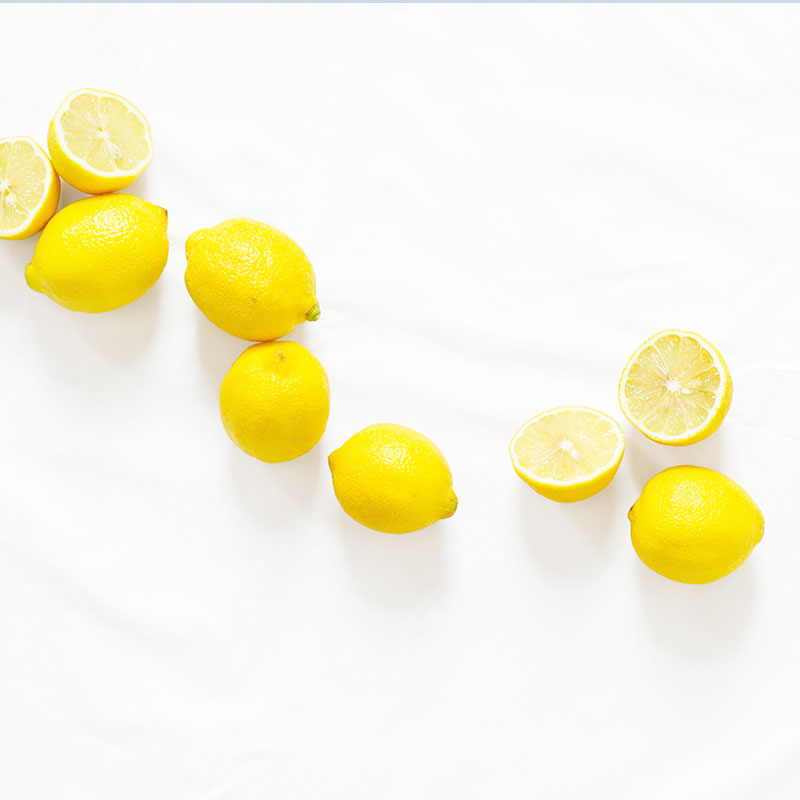 Though most commonly found in my morning tea, lemons contain powerful properties to help freshen up the skin. The acid in the lemon tightens the pores and cleans the skin, leaving your face squeaky clean and shiny. It cuts through oils, so any excess oils that sit on your face at the end of the day can be easily washed away before going to bed with a bit of citrus juice. You can either blend one up, with the peel, and dab with a cotton swab, or you can just cut off a slice and rub the flesh directly on your skin. Make sure not to leave it on for more than 5 minutes though, as it has pretty powerful lightening effects. You also don’t want to go into the sun for a few hours. Lemon contains Alpha Hydroxy Acid, which eats up dead skin cells and can help soften skin tags for exfoliation - but remember. It’s an acid. So tread softly.

Remember when I mentioned Manuka honey? If you happened to go “Manu-huh?” when you read that part, I’ll explain. Manuka honey gets its name from the Manuka Bush, in New Zealand, from which the bees derive their nectar. The properties of the tree are passed on through the nectar and into the honey - resulting in something called the Unique Manuka Factor or UMF. The higher the factor, the higher the level of Leptisperin (The nectar from the Manuka Bush) DHA (a type of omega-3 fatty acid) and methylglyoxal (an antibacterial). The more powerful the levels, the more antibacterial the honey. The highest stages are now actually considered Medical grade, due to their incredibly powerful antibacterial properties, which can obviously be very helpful with acne-prone skin or added to bandages to treat wounds.

A Vinegar found in most people’s fridges; this is one of the cheapest and most underrated anti-aging supplements available. Make sure to always get the raw, “with the mother” kind or you’re not getting the probiotic benefit. The mother also contains enzymes, which studies suggest have significant effects on wrinkles, lines, epidermal, dermal health. Over a matter of a three months a double blind study found that the addition of enzymes made a significant difference in the groups skin’s texture, smoothness, firmness, and thickness. Most enzymes are destroyed during the cooking process, so putting it on your face is a great way to allow your skin to absorb some much needed anti-aging enzymes. Be aware though that the acids in ACV are quite potent. In fact, if you drench a small piece of cotton in Vinegar, and tape it to a skin tag - by the morning it will have changed color, and fall off. So dab responsibly.

So, on hand it seems obvious that, as a staple, it’s better to use natural products you can both eat and apply, as we try to know as much as we can about what is going into our body, and the effect it’s having. On the other hand, it is 2019, and science has figured out methods of making that which is natural, work faster, or more effectively via rigorously, peer reviewed science. Like in the case of Aspirin, which is derived from the willow tree - chewing on willow leaves probably won’t help after surgery. But as science and medicine advances, so does our need to be responsible in the way we use it. So it’s not like I don’t splurge on high tech, super researched, highly processed skin creams that source their ingredients from impossible places like krill oil, and amazonian superfoods. I celebrate modern medicine. But my philosophy is steeped in balance, the yin and the yang in all things, and the need to be aware and responsible for how we treat our bodies.

I look forward to hearing about what it feels like to have your breakfast in your face, and any other fun ideas you had while staring at your fridge. Thank you for listening. I love you all.

Sunscreen - The Good and The Bad